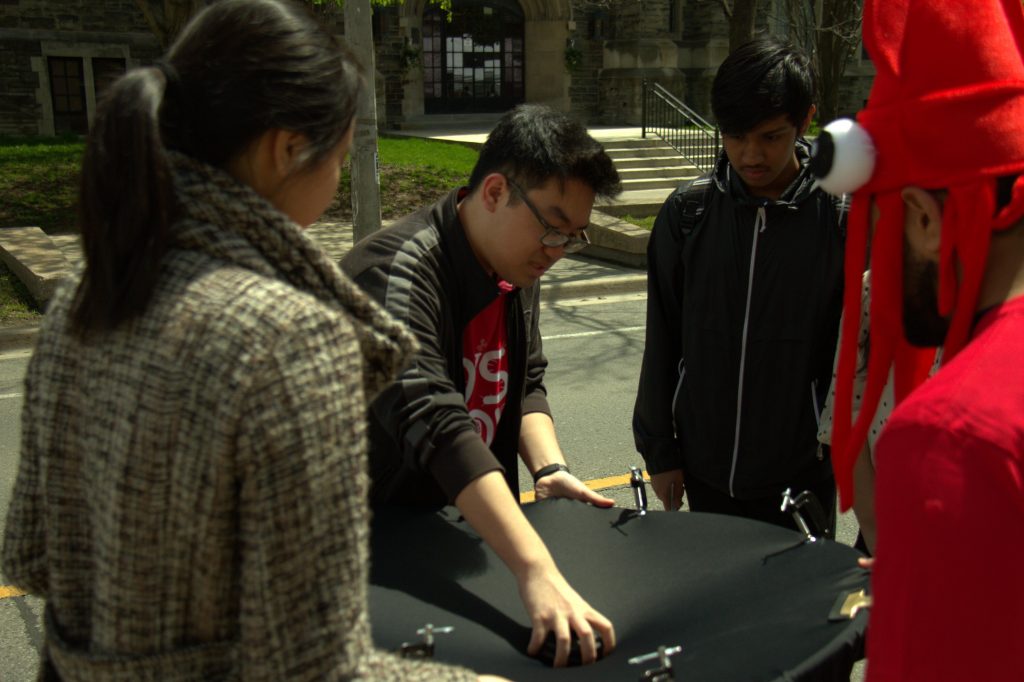 On May 11th, ASX participated in Science Rendezvous, along with many other science departments and organizations at U of T to bring science out of the lab and onto the street. Our booth included a demonstration of the principles of general relativity, using a sretched out piece of fabric, some counters and marbles. The heavier the object on the fabric, the more it influenced the movements of other objects. The principle of inflation was also demonstrated, using balloons decorated with stars. As the balloons were inflated, stars moved farther apart, which is consistent with our observations.