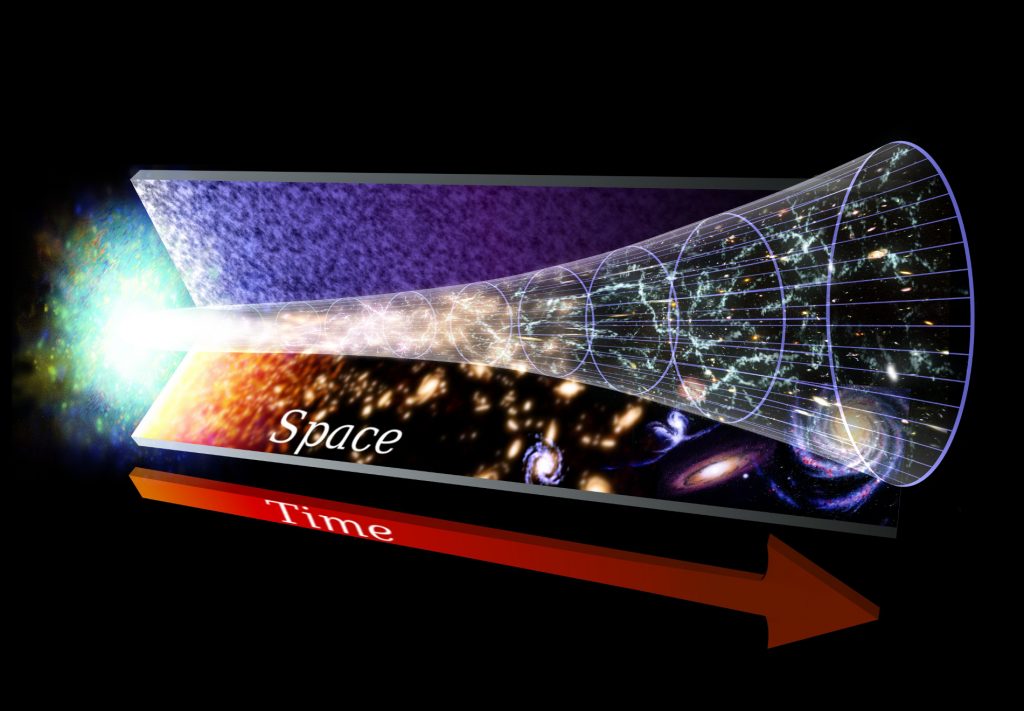 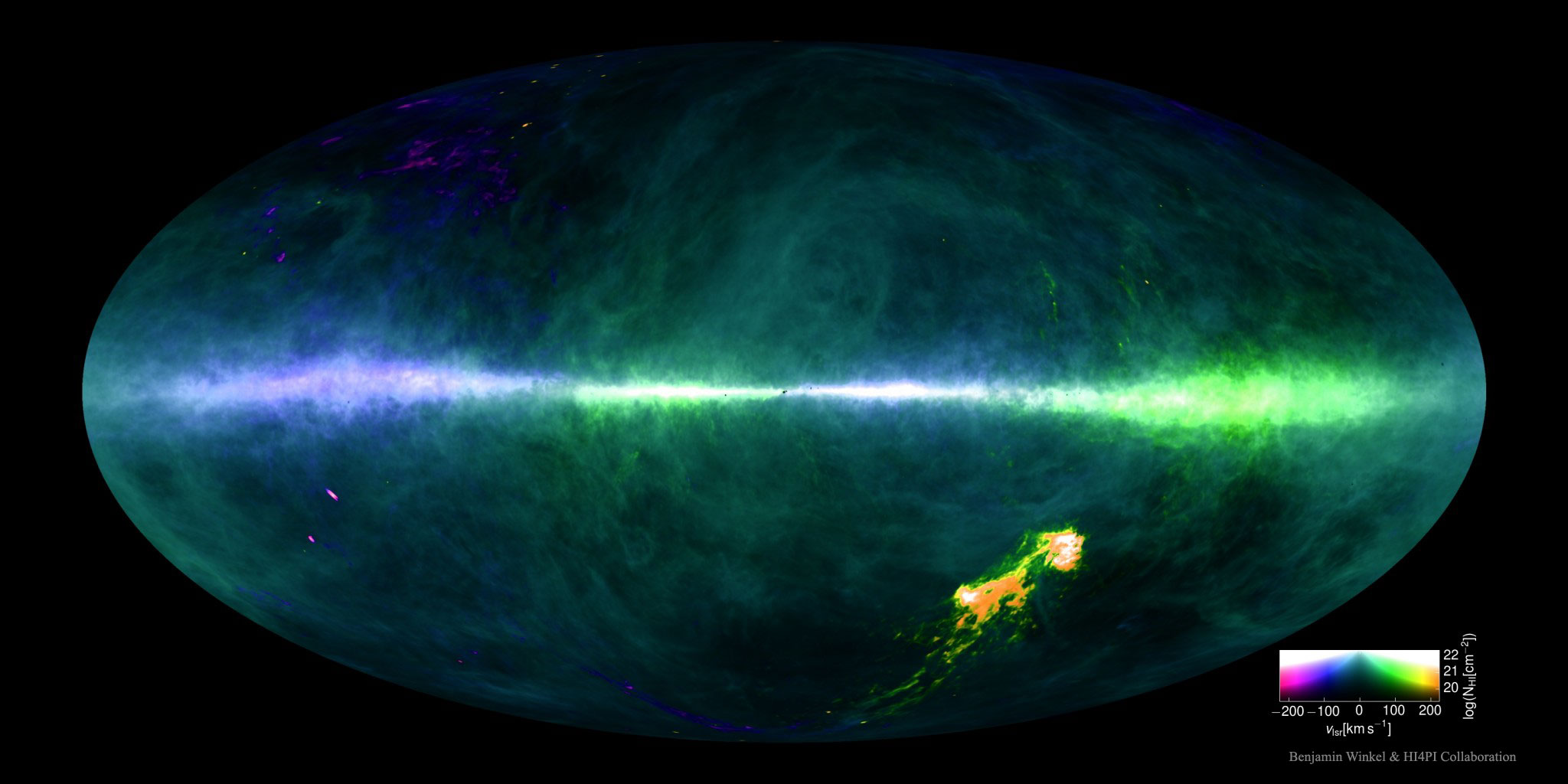 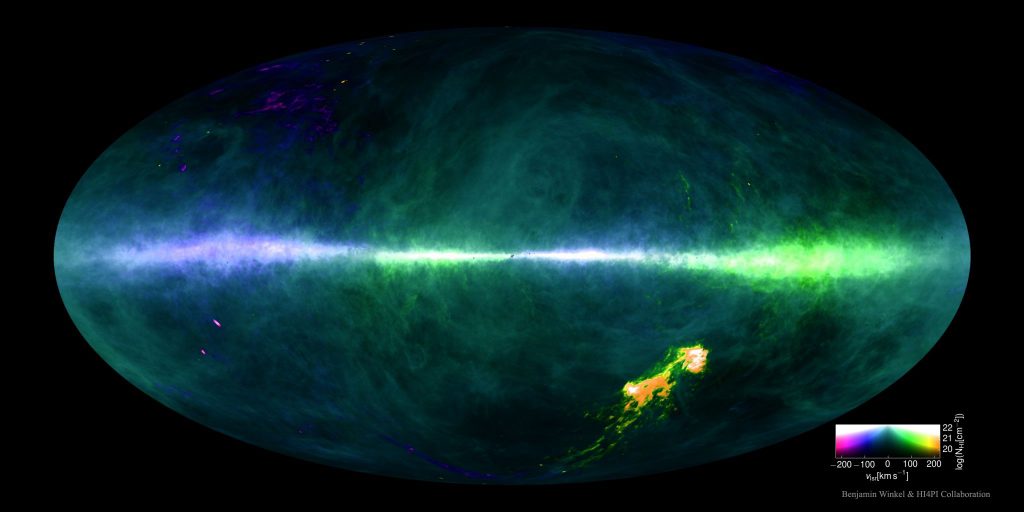 This is the new and highest resolution map of the universe’s most abundant gas, hydrogen. The all-sky map of hydrogen’s 21-cm emission shows the abundance of the gas with brightness and the speed with color. The color in this map has been artificially set as blue to describe the radial motion toward us and green to describe the radial motion away. The band across the center of map is the plane of our own Milky Way, while the bright spots on the lower right is our neighboring Magellanic Clouds. The map collects data from over one million observations from both the northern Effelsberg 100-Meter Radio Telescope in Germany and the southern Parkes 64-Meter Radio Telescope in Australia. It should be noted that still many details are not yet well understood in this map.