Where is the line drawn between 20th century science fiction and 21st century science fact? Back for its 16th rendition, the ASX Annual Symposium is planning on answering that question by featuring three masters of both fact and fiction. On February 28th, join Dr. Catherine Asaro, Dr. John G. Cramer, and Dr. Geoffrey A. Landis — scientists and science fictions writers all — on a fantastical odyssey through wormholes and to the very frontiers of extraplanetary colonisation.

Admission is free for all students — of any institution — with Photo ID (still be sure to reserve a seat on the linked Eventbrite page), and $10 otherwise. Refreshments shall be provided. Tickets are on sale online and will be available at the door.

Dr. Catherine Asaro earned her PhD in chemical physics from Harvard University and has dedicated her career to promoting STEM literacy among young scientists and the general public. An incredibly prolific science fiction writer, Dr. Asaro has penned twenty-five novels — including the epic series “Saga of the Skolian Empire” — and numerous short stories. She has twice won the esteemed Nebula Award for Best Novel.

Dr. John G. Cramer is a Professor Emeritus of Physics at the University of Washington. Renowned academically for his transactional interpretation of quantum mechanics, Prof. Cramer is additionally passionate about popular science and science fiction. He has appeared on both NPR’s Science Friday and the Science Channel and is the author of two novels of hard science fiction: “Twister” and “Einstein’s Bridge.”

Dr. Geoffrey A. Landis is a scientist at NASA’s John Glenn Research Center. Dr. Landis has pushed the cutting edge of space exploration, working on missions like Mars Pathfinder and studying interstellar sails as a fellow of NASA’s Institute for Advanced Concepts. As a science fiction writer, he has won both a Nebula and a Hugo Award for his short stories “Ripples in the Dirac Sea” and “A Walk in the Sun” respectively.

The Good, the Bad, and the Fun: The Science in Science Fiction
Presented by Dr. Catherine Asaro

The limits of mathematics and physical reality aren’t usually a priority in popular science fiction. What would happen if one were to deconstruct these examples of ‘bad’ science — and see what could actually work? With the application of some elementary calculations and audience participation, one can find out if the Death Star really could blow up a planet, whether or not Wonder Woman violates physics, and if Spock’s estimate of Tribble reproduction rates is feasible. General sci-fi tropes will be addressed as well, including topics like the mathematical possibility of faster-than-light travel.

The Use (and Misuse) of Wormholes in Hard SF
Presented by Dr. John G. Cramer

Wormholes (curved-space shortcuts through space-time) are valid solutions of Einstein’s equations of general relativity, our standard theory of gravitation. However, these wormhole solutions are subject to stability problems and to local conservation laws. The use of wormholes in several works of science fiction has ignored these constraints, treating them essentially as magic shortcuts. In my hard SF novels Einstein’s Bridge and its new sequel Fermi’s Question, the laws of physics as applied to wormholes are taken seriously and used as a part of the plot structure. Further, in the latter novel explores the concept of accelerated wormholes exploiting relativistic time dilation as a method of fast interstellar access.

Space is hostile to life in a hundred different ways. Other than the Earth, none of the planets of the solar system are places on which a human could live for more than a minute without protection from the environment. Yet, science fiction presents the concept of “terraforming”: the idea that we might be able to transform the unforgiving environment of another planet from a barren, lifeless (and possibly airless) surface to an analog of the Earth, a place where humans can live unprotected. Is this even possible? Is it only science fiction, or is terraforming something we could do in the real world? Which planets could we consider terraforming– Mars? Venus? The Moon? How would we do it, and how hard would it be? 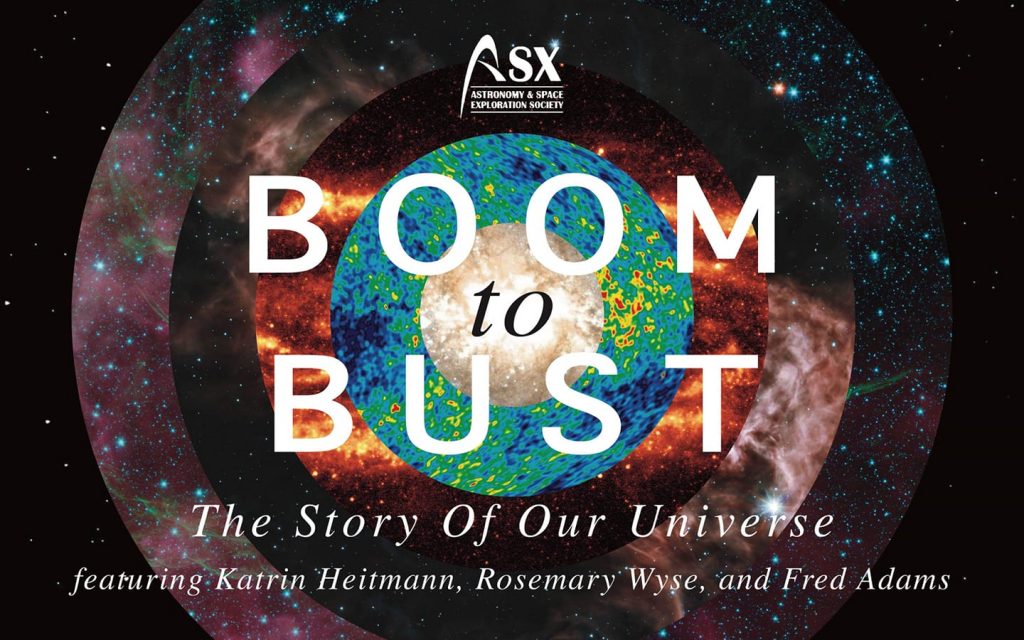 It is with much sadness and regret that due to a series of unforeseeable events, we have unfortunately been forced to cancel the 15th Annual ASX Symposium, originally planned for February 2nd…

Yesterday, Dr. John B. Charles informed us that due to the recent US government shutdown and new laws put in place by the US State Department, that he is unable to travel to Canada for the event. We discussed with him to participate in the Symposium through Skype or some other form of video conferencing in order to still proceed with the event as planned. However, just today Professor Soon Jo Chung informed us that he has a serious family emergency and will also be unable to attend the event. Thus, because of the inability of both speakers to attend the event and the close proximity to the date of the event, we have been forced to cancel the event outright.

For all of those who purchased a ticket through Eventbrite, we will provide you with a refund, which should appear within 5-7 days.

We at ASX were extremely excited to host this event for everyone, and we are extremely saddened to bring you this unfortunate news. We sincerely apologize for any inconvenience this may have caused.

Hello everybody! It’s your friendly neighbourhood astronomy & space exploration club here to give you another update on our upcoming symposium. This time we have for y’all the event’s schedule, so without further ado…

Once again we cannot wait to see everybody there!

Hi everyone! Just want to let everyone know that the location for our upcoming Symposium has changed from JJR MacLeod Auditorium to Earth Sciences Centre (33 Willcocks St, Toronto, ON M5S), room 1050. Sorry for any inconvenience this may have caused or will cause.