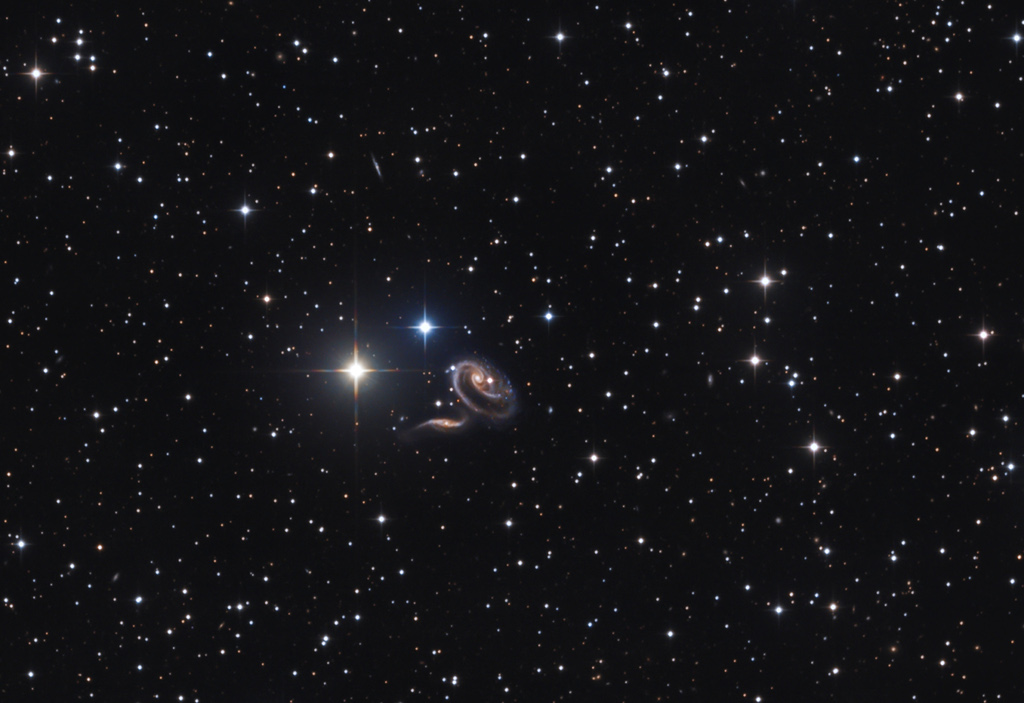 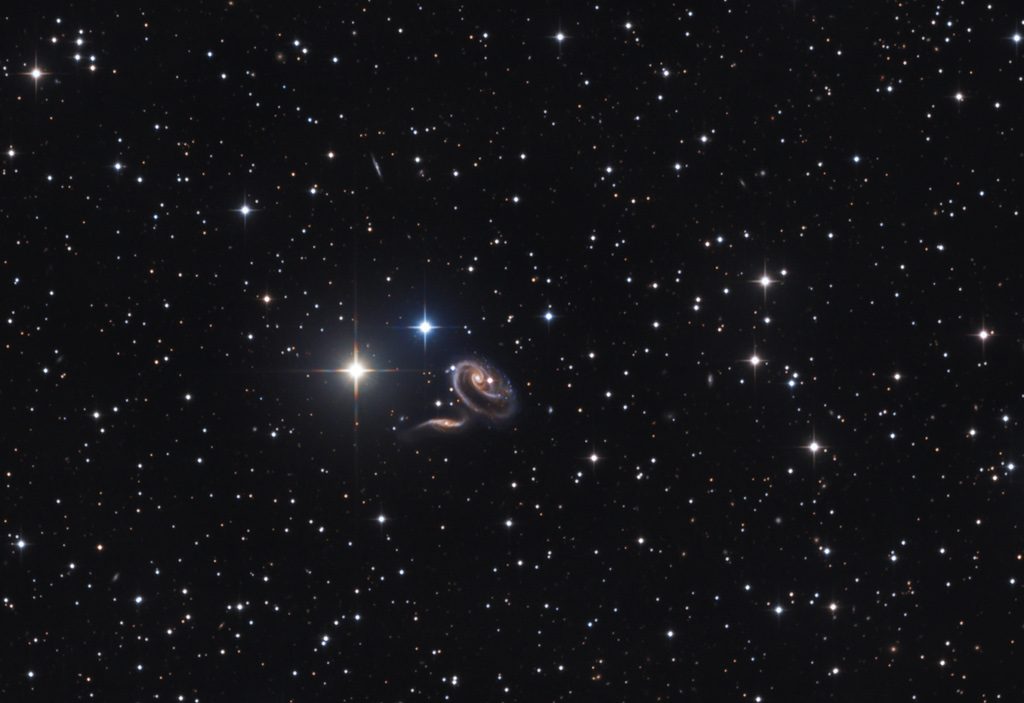 The spiky stars in the foreground of this cosmic portrait are well within the Milky Way while the two galaxies are at a distance of 300 million light-years from us. Cataloged as Arp 273 (also as UGC 1810), the distorted appearance of these galaxies are due to gravitational tides caused by close encounters between the pair. Interacting galaxies are understood to be common – in fact, repeated galaxy encounters can ultimately result in a merger of one single galaxy.